Linux on the Brink

February 10, 2009
Despite its growing popularity, the open source movement, namely Linux, has reached a steep edge of decline. Several reasons backing up this opinion are:

1. No new leap on kernel development.
Unlike an upgrade from kernel 2.4 to 2.6, practically there is no big step introduce in the core level. Linux kernel is a huge reverse engineering stuff, but works only on minimal expectancy. Bring the chips alive, but not all feature is hacked up.
I admire hackers for living in patchy codes for almost all things in Linux kernel, however a doubt is still there, since The manufacturers could not find the best solution to keep their chip algorithms safe for being Open Source. These major drawbacks of Open Source lead to refusal of chipmakers to release the correct library for their products. For instance, sound card. Until now, there is no way to bring Surround systems (SRS, TrueXT, etc) in Linux, the way they build them for Windows.

2. The backbone is under attack
While the Globe is now under imminent depression threat, community that worked for Linux is also facing imminent threat for being less-productive after involving in Open Source. They struggle to save their jobs, their wealthiness, yet almost have no time for their Open Source projects. Hei, you may attack me on this fact! But have you seen a slowing rate of creativity released under OSS ?

3. Technology switching to convergency
Until now, there is no operating system which can have similar core running from smallest devices to biggest devices but Linux. Simply by reconfiguring its kernel, we may produced near real-time operating system, even a zombie operating system (in which we don't even know, when to activate it!). However, hacks to this level are not easy! It requires investments on devices, and very dependable to whitepapers released by the chipmakers.
In a simple word, to have my taste of Ubuntu super mini on my cell phone requires more than a sweating brain, but also wallet! This remains an exclusive toy until some point in the future.


Getting bored with Open Source (and patches!)

When you reach this point, you will try to find less hacked up but firmly stable, fast, secure, and eye-catchy operating system on your device. You may arrive on Mac OS, but others will stick on Debian/ubuntu or Gentoo for the sake of getting rid of compiling!
Slackware, although this one is extremely stable in hostile condition, is discouraged due to non-dummy-friendly environment. Alas, my taste of OS is best described with Slackware!

When we get lazy, we need a quick fix operating system.
The major drawback is Internet connection! How can you enjoy an OS if they offered 250 MBs of patches within 3 months after the installation ? Tons of patches are hefty burden to those who live in remote areas! They really need to think again the way to deliver the patches.

I think I reach the point after 9 years with OSS. (No, I am not giving up the OSS, but rather tired to endless patching of OSS on my lapie!)
tic-tac-toe 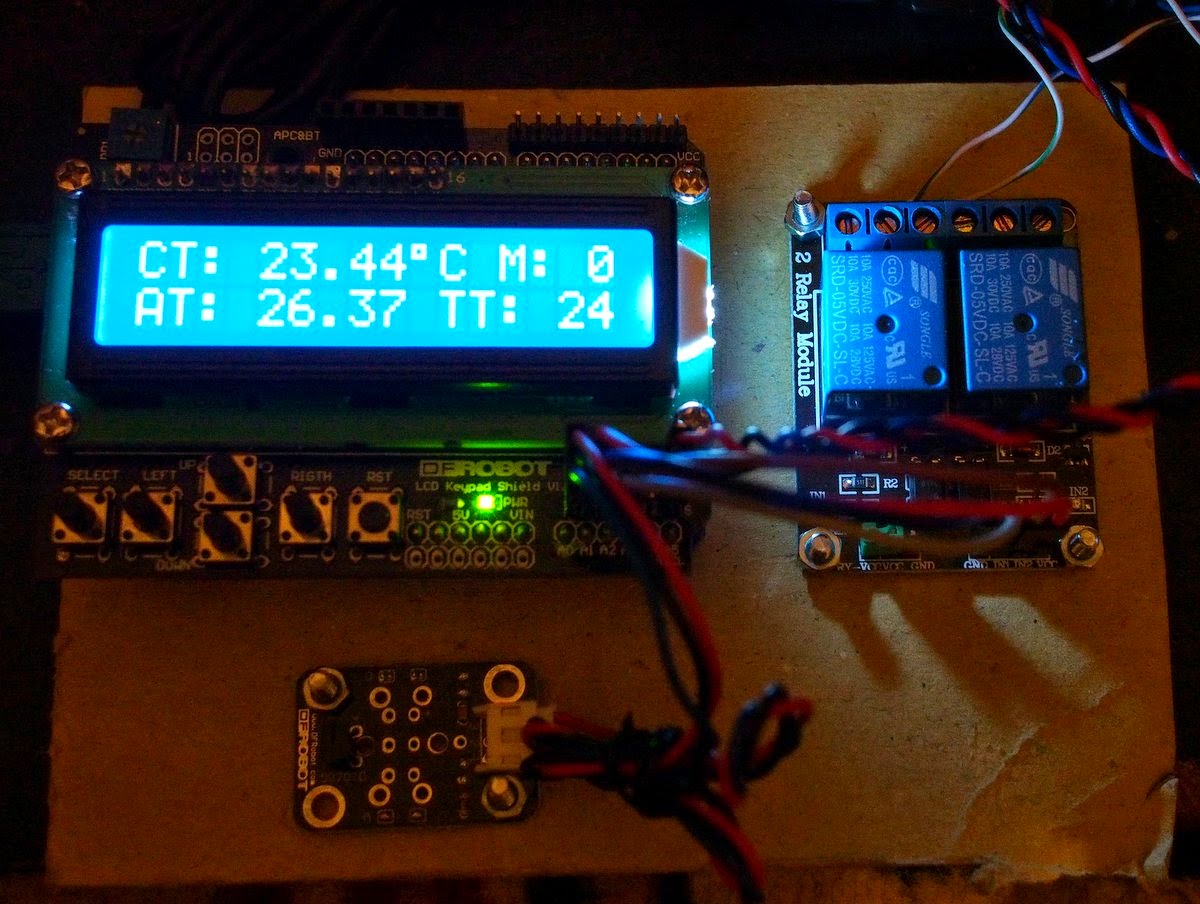 Past articles: NTC thermistor incubator (part 1): connecting triple thermistor NTC thermistor incubator (part 2): multi-buttons input for single Analog pin   Introducing CodeBender Today I found a great code sharing website called codebender  that allows me to use Arduino in any computer since it has online IDE with crossplatform browser plugin to upload to Arduino system. Remember, Arduino is an Open Source Hardware project, I encourage people to share as much as we learn from others too. Sharing knowledge is awesome! Since everything is online and pretty straight forward, I will try to explain my project as simple as possible. The Aim My aim is still to produce an incubator, but today the specification will be: Internal LM35 temperature sensor that will be placed inside the incubator External LM35 temperature sensor that will monitor ambient/room temperature Peltier element that will be connected through a relay module Displaying internal (current temp, CT), e
Read more