December 19, 2010
My work now is best disecribe as a mix of biology, optical analysis, and chemistry. And I had to thank a lot of people for providing the opportunity in this demanding task.

To think about neural network, it is more complicated than any internet routing algortihm. In fact, the routing mechanism derived teminologies from biological network of neurons, vice versa. 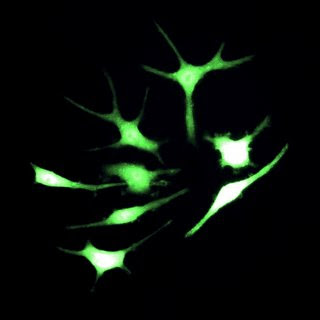 Here are some resemblances: (1) burst signal (2) delay input and synchronization (3) spike.
Scientists are now developing algorithm to understand and mimick neuronal signal. Djiksra algorithm, a.k.a shortest path routing , being employed as an approach to biological neuron communication, other advanced mechanisms are also utilized.

To understand behaviour of healthy and impaired neuronal network (which is now a part of my task) is coincidently colliding with my interest in understanding internet network and routing.
teknologi

This is a close to final version of my triplet NTC thermistors incubator with multi-buttons on a single analog input and double digits 7 segment output.  You may read part1 and part2 , for the whole story. On a separated article, I replaced NTC thermistor and 7segment with LM35 probe and LCD 16x2,  here . Hardware setup I use  Arduino standalone on breadboard , common anode double digits 7 segment  16 pins, two 74HC595 s, three NTC thermistor s, an FTDI 5v uploader ,  an optocoupler protected relay module , resistors (10kΩ, 1kΩ, 4k7Ω, 470Ω, 220Ω and 47Ω), and push buttons. Since the 7 segment that I purchased has no datasheet, it is important to look at other version of common anode (tandyonline.co.uk): The final setup on breadboard: The codes You may grab the codes here What next? Obviously, the next step is to print a PCB ( there is a great tutorial  on the Tube, or if you understand Bahasa Indonesia, here is a great tutorial from Duwi ) for this project and to
Read more